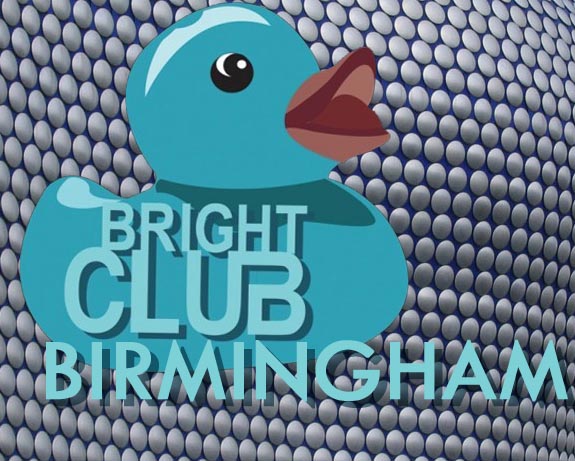 Bright Club is the self-styled “thinking person’s variety night” – featuring researchers of all disciplines talking about their research to an audience of paying punters. It may sound simple, but the catch is that the audience is expecting comedy.

Bright Club has been somehow getting away with putting researchers  on a stand-up stage with proper comedians since 2009 and remarkably nobody has yet died. Not even metaphorically. Since its inception at UCL, Bright Clubs have been popping up all over the UK and have recently spread to Australia. In essence this is public engagement in its purest form, with a researcher, an audience and a microphone. No explosions to hide behind. No graphs to refer to. No mountains to stand backlit on top of. Just you and your research (and some uncouth jokes thrown in for good measure).

If you’re still thinking Bright Club sounds like fun, then you are definitely the sort of person who should be doing Bright Club. For those interested, drop Jim Bell an email to find out about upcoming gigs.

If you’re interested in coming along to a Bright Club gig then we are housed in The Rep Theatre – the @BrightClubBrum [ http://www.twitter.com/BrightClubBrum ] Twitter feed has all the details you need or you can just go straight to The Rep website [http://birmingham-rep.co.uk/event/bright-club/] and get yourself a ticket.