Dr David Withers and his lab have worked with our team to create public engagement activities linked to their research. Find out more in the short case study below.

Research in David’s lab is focused on understanding how memory CD4 T cell responses are generated and maintained. The group are particularly interested in the role of RORgt-expressing group 3 Innate Lymphoid Cells within secondary lymphoid tissue. Sounds complicated? Put more simply, David works with special white blood cells, known as memory T cells that are important and interesting because of their special memory-like quality. It’s this ability to ‘remember’ that makes these cells vital to the effectiveness of vaccinations, for example. Specifically David and his lab are researching the role of another series of influential cells that have been shown to affect memory T cells – potentially helping keep them healthy or functioning so they can act when needed. It’s this last bit that the team are focused on looking into i.e. what influence are these other cells having on memory T cells? Whilst this type of lab-heavy research may sometimes seem quite far aware from the ‘here and now’ of medical treatments, this work contributes to the mosaic of research that together builds an overall picture of immuno-health. As such, the future implications of such work are relevant to us all.

If we can understand what keeps memory T cells working and what they are affected by, hopefully we can start to create new and more effective vaccines for diseases for which no current vaccine exists or where current treatments are becoming ineffective over time (due to resistance). In addition, the effectiveness of vaccines may be improved to prevent unwanted self-reactivity, so that more people can benefit from them. The future impact of this type of work could be massive as improved vaccines can help shorten illness and potentially save thousands if not millions of lives, just as the smallpox vaccination did earlier this century.

Positioning David’s work within the context of these bigger global challenges was therefore a key aim for the research group’s public engagement. However, it was also important to make sure people got to better understand the specifics of what the Withers Lab actually do. Therefore a number of activities were developed each tapping different levels of understanding, enabling the researchers to build up from the basics to some of the more complex concepts that underlie their work.

Over the course of a couple of planning and development sessions we worked with David’s lab to put together a few different activities with the aim of promoting discussion about the research, using historic and contemporary issues such as the rise of ‘anti-vaxxer’ debate and history of smallpox as talking points. There were some key messages / pieces of information the group wanted to get across:

To do this the team developed a number of key activities:

Images: Courtesy of the Withers Lab. Images should not be used without obtaining written permission from Dr David Withers.

David’s also drafted a short and sweet talk designed with a multi-generational audience in mind. What do pandas and Quentin Tarantino have to do with T cells? Well David used the story of Kung Fu Panda (for children) and Kill Bill (for adults) to explain how naive T cells transform to effector and finally memory T cells when given appropriate training and environment, much like the characters in the films become pro fighters after taking up training in distant lands with expert teachers. He also used ‘Top Trumps’ examples to put in perspective the impact of diseases such as smallpox relative to fictional monsters. Using cultural references such as these whilst explaining the details of his own work helped the audience keep track of terms that might otherwise been quite hard to follow or remember in a traditional presentation.

In addition to these hands-on activities and talks, David has also worked with other target public groups, including older adults (who are more likely to need vaccinations for diseases as their immune systems weaken with age). He took part at the Age Well Showcase for older adults and patient groups who are interested in the research that takes place at the Medical School. He spoke to attendees and invited them to take part in a mini ‘immuno-quiz’ which got participants to test their knowledge on the immune system. This unearthed some surprising results as many of the conversations revealed how many myths and ‘old wives tales’ were believed by many.  This effectively served as a mini consultation and the questions asked and misconceptions that came up helped helped inform and shape some of the later activities – to preempt the types of questions the group might get asked.

Taken altogether these activities have raised awareness of the work the Withers Lab are doing and promoted friendly dialogue on a topic that almost everyone has views on. David’s lab are gearing up to take part in our next big event at Thinktank this October and in future he will also be looking to carry out work with families expecting children – as they are at a critical decision-making stage when it comes to vaccinations. For more information, get in touch with David and or our team. More pictures below! 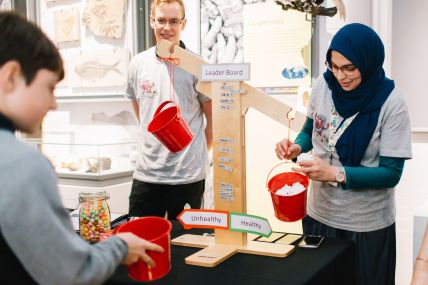 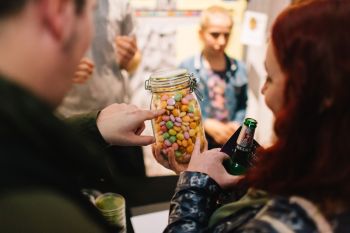 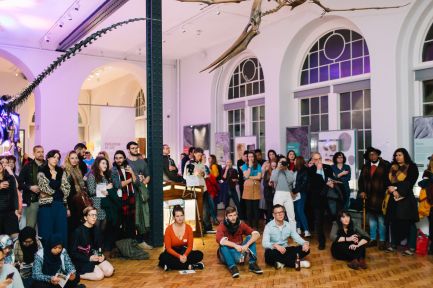 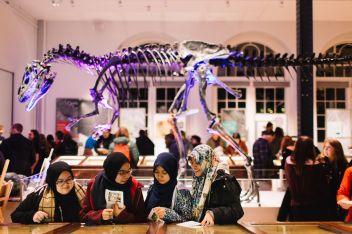 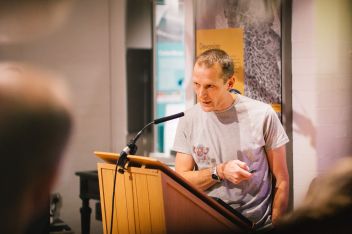 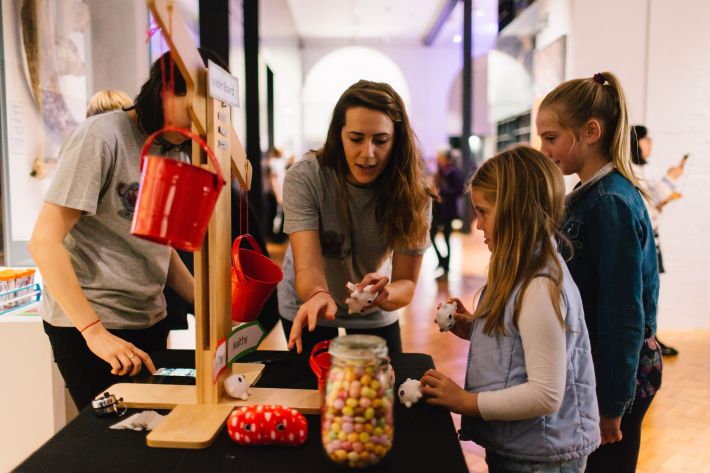